I had a strange awareness this morning in church of COUGHING and other such noises that our bodies make. Most of the time when we are in a group of people, we block out the background noise. Today, I became aware of it... not sure why or how... and I spent some time focusing on it. I guess if we have to cough, we have to cough and there's not much we can do about it. But... it really happens alot more than I realized.


To research this phenomenon, this morning I counted 41 coughs and/or throat clearings during the time it took the communion juice to be passed around. This doesn't count sneezes, sniffles, pews creaking, things being dropped and children screaming. Normally that is a "quiet" time in the assembly when I reflect on what Christ's blood means to me... but today I couldn't concentrate for hearing all the commotion.

Let's say it took approximately 5 minutes to pass the communion trays, and there were about 900 people in attendance. That's 5 percent of the congregation coughing in a 5 minute period. Now, I can't verify how many of those were repeat-coughers, but that's alot of coughing. That's about 8 per minute or one every 7 seconds... not really enough time to complete a thought before being interrupted again.

The question arose in my mind... why is it so hard to find QUIET? It's like our bodies themselves just can't be quiet.


So far, though, I didn't have any point with wanting to share this and was going to tell you not to bother to look for one.


What's interesting and where I started to see a "point" developing is that in looking for an appropriate image to share, I discovered an alternative-rock band from the 90s called .... Soul Coughing. 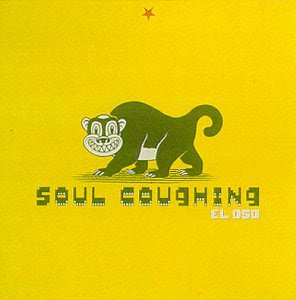 So was I hearding a bunch of soul coughing in church today?! Now, I don't recommend this band- I read some of their lyrics and listened to them on Youtube and they're just weird. But I like their name and it made me think about what a real "soul cough" would be.


First, what is a physical cough? I googled it and this was the first thing I got.... "Coughing is a reflex action...the resulting blast of air comes out at high speed, scrubbing and clearing the airway of dust, dirt or excessive secretions......The cough reflex is a vital part of the body's defence mechanisms. Normally, the lungs and the lower respiratory passages are sterile. If dust or dirt get into the lungs, they could become a breeding ground for bacteria and cause pneumonia or infection in the breathing tubes...

...Coughing usually means there is something in the respiratory passages that should not be there."


And I thought my wandering mind wasn't focusing on the blood of Christ during communion!.... what an awesome way to think about Christ's blood... it's like a Soul Cough... a way of cleansing out the things that shouldn't be there, the dust, dirt and excessive secretions.... leaving us healthy and preventing our hearts from becoming breeding grounds for the infection of sin.

Very interesting post Brenda... If I concentrate on such things in church, or anywhere else, I find it is HARD to stop. My hubby is particularly prone to being bothered by little noises, such as things rattling in his truck. He will do whatever he can to make them stop. I tend to ignore them, but he can't. Funny.